The Times They Are A-Changin

I’m quoting this title to a Bob Dylan hit song from the 1960’s because to my mind and to that of a lot of others within the Down’s syndrome community a monumental event took place this week and times are changing.

A very brave young woman with Down’s syndrome was in court to challenge the Government on section 1 (1)(d) (Ground E) of the 1967 abortion act, which specifies that there is a substantial risk that if the child was born it would suffer from such physical and mental abnormalities as to be severely handicapped.  Down’s syndrome along with conditions such as cleft palette and club foot fall into this category.

The challenge is not in any way about trying to take away choice it is about bringing the upper limit for abortion down to be in line with that for typically developing babies which is 24 weeks.  Currently babies with Down’s syndrome can be aborted up to 40 weeks, until just before they enter the birth canal.   Heidi, the young woman who is challenging the Government and who herself has Down’s syndrome considers this to be “Down Right Discrimination” and I have to admit that personally I agree with her and I can only imagine how awful it must have been to hear people discussing whether or not your life is considered to be as valuable as someone else’s.

Times and attitudes are changing though because who would have imagined nearly 47 years ago when my daughter was born that someone with Down’s syndrome would now be far surpassing any expectations of a person with the condition.  I remember being told that Sammy, my daughter, would probably not live beyond 25 years and it was also very likely that she would not be able to continue living at home as she got older as children with Down’s syndrome could become extremely physically strong and her behaviour become so challenging that I would not be able to cope.  I am glad to say that this turned out to be misinformation, well most of it!   Sammy is actually physically very strong, especially her upper body strength but this isn’t very surprising when you spend two days a week as a farm helper and a lot of time wielding a broom around.   Times are changing but not fast enough when the lives of some unborn babies appear to be considered less worthy than that of others.

When a test shows positive of there being a high chance of a baby being born with Down’s syndrome that is all it can do, it cannot predict that baby’s future, given the chance people with Down’s syndrome can achieve amazing things.    Like the general population people with the condition are varied and unique individuals with different likes, dislikes, interests and abilities, there are now models, actors, dancers, conference speakers, campaigners, business owners and even an Iron Man Triathlon finisher that have Down’s syndrome, they are not suffering, they are living their lives to the fullest.  Okay, most people with Down’s syndrome won’t achieve these things but then again most likely nor will you or I, personally some days I consider it an achievement to get out of bed and put one foot in front of the other without tripping over let alone dance or take part in any sort of race.  The point I’m trying to get across is that people with Down’s syndrome are more alike than different from everybody else and the direction of their life is not predetermined before they are born.  Yes, most people with the condition will need help and support, some more than others, to live their lives the way they choose but in truth are any of us fully independent and able to do everything for ourselves. Surely rather than being totally independent most of us are interdependent to some degree and need to rely on others in differing ways to help us through life.

People with Down’s syndrome, like all of us need to be loved and valued for who they are and not made to feel in any way that they are unworthy and less valued within society, let us embrace diversity and continue to quote the words of Bob Dylan “Times They Are A-Changing. 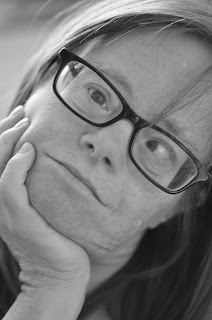 at July 09, 2021
Email ThisBlogThis!Share to TwitterShare to FacebookShare to Pinterest