It was at the end of June this year that Sammy and I had to take a trip to London, this was quite a daunting prospect as we live a quiet, semi-rural sort of life near the sea these days and its many years now since we've been to central London.  I used to drive to and from Euston Station regularly when Sammy was in her late teens to early twenties to enable her to travel (in a supported group) to and from college in North Wales but driving wasn’t going to be an option this time.  So the train and London black cabs it had to be to get us to our destination.  I really wasn’t feeling adventurous enough to go on the underground especially as Sammy doesn’t cope very well with down escalators she tends to finds them a bit disorientating (must admit that I’m not too fond of them either) and she doesn’t like to feel too crowded.   Also because of the reason we were going it was important for Sammy to be as calm and relaxed as possible after all she was the one going to be doing all the work.  Even though we would be staying in a hotel overnight and we enjoyed a nice meal of pizza and prosecco we were not on a leisure trip, Sammy was going to be taking part in a research study.  This was not the first one she had taken part in so she had an idea of what to expect but it was the first one in London as all the others have been in Cambridge.  This particular study was an eye study looking at the action of dead cells at the back of the eyes and was just one study in part of a large research programme being carried out by the University of Cambridge into Defeating Dementia in Down’s syndrome.  I’m not going to try and explain about the research as there is a video where Professor Tony Holland does that far better than I would be ever be able to, hopefully this link will take you there https://youtu.be/pB7iqWUXQIM if not the video can be found on the research page of my blog.
I’m so proud of Sammy for taking part in this research as having drops in your eyes, needles in your arm, following dots in scanner machines and hanging around in a hospital for six hours is not great fun at the best of times and to be doing it when it is of no personal benefit is a really good thing to be doing.  She did it because the results of this research are likely to have a huge impact for the better on the lives of people both with and without Down’s syndrome in years to come.  Beating dementia has got to be a good thing as it is something that damages and steals people’s lives.  Down’s syndrome on the other hand is not a debilitating life threatening disease that causes people to suffer.  It is a genetic condition that people are born with resulting from the presence of an extra chromosome 21, yes people with the condition do have some degree of learning disability and there are health issues that may be more prevalent, although not inevitable, but these things do not stop people with Down’s syndrome from leading full, active and fulfilling lives. 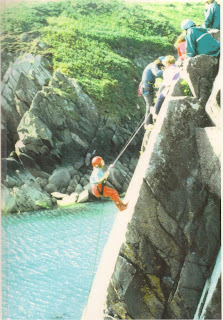 Sadly though the thought of having a child with Down’s syndrome still seems to be considered by societies in general as something to be feared and avoided as myths and misunderstanding about the condition still abound.  It is very easy to fear what you don’t understand or can’t visualise especially if fears are put into your head by others.  I became fearful when expecting my third child, how many of these fears originated from inside me and how many from external sources I can’t say.  I do suspect though that they started when the doctor began to talk about the possible risk of my having another child with Down’s syndrome.  What would having another child with additional needs do to the dynamics of our family?  Would we be able to cope if we had two children with additional needs?  Would I be able to give all my children enough love and care? Was it fair to bring another child into the world that may not have a very long life span? .......... Also I was made to feel that it would be very irresponsible of me to bring another child into the world that had Down’s syndrome.   Sammy was only four years old at this time, beautiful, healthy, much loved and developing well, even if she was reaching her milestones a bit later than her brother did she was meeting them, but all the information about how her future would look or how long it might be was still so bleak.  The general conclusion seemed to be that I should have an amniocentesis, this is a form of testing that involves a sample of cells being taken from the amniotic fluid that surrounds the foetus in the womb and would detect whether or not my baby would have Down’s syndrome.  It also involved a trip to London a very large needle and a very anxious wait.  That trip was surrounded with even more concerns and anxieties than the recent one with Sammy due to the risk of miscarriage and the uncertainty of everything.   I did feel at the time though that it was the right thing to do, all I can say now is that after nearly forty three years of living with and loving Sammy I am so glad I didn’t have to make a decision about termination as I might well have made one that I would have lived to regret.

When Sammy was small understanding of Down’s syndrome was very much based on research that had been carried out with people living in institutions with little being known about how people would thrive living with their families, being brought up within the community, having an entitlement to education and receiving good medical care.  With so much more now being known about the condition and the potential that people with it have to learn, to work, to live independently and to make choices about their lives it’s hurtful to know that it’s still thought of as such a severe disability that termination on the grounds of identification of Down’s syndrome is still permissible up to forty weeks gestation.  It also grieves me that with the latest test NIPT (non-invasive pre-natal testing), which is considered to be 99% accurate at detecting if there is a chance of a baby being born with Down’s syndrome, there is likely to be to an even higher termination rate. In the UK this already stands at 90% with it seeming to be expected that women will want to terminate if Down’s syndrome is identified.   I wouldn’t want to deny anybody the right to choose whether or not to have a termination, whatever my personal feelings are, but the pressure that there seems to be towards termination needs to stop.  It’s vital that balanced unbiased information is provided as standard to enable expectant parents to make a fully informed decision and that the termination deadline is lowered to the same as for ending other pregnancies.  Then perhaps people with Down’s syndrome won’t be made to feel that their lives are worth less than other peoples.  I would find it quite easy to go on for ages on this topic, but I won’t, what I will do is finish with a quote that I saw somewhere the other day.  It’s from Disney’s Pocahontas a film that was a firm favourite of Sammy’s for a while.

“You think that the only people, who are people, are people who look and think like you.  But if you walk the footsteps of a stranger you’ll learn things you never knew you knew.


at August 22, 2017
Email ThisBlogThis!Share to TwitterShare to FacebookShare to Pinterest